Master Solutions has been serving the Oakbrook Terrace area since 1996, providing IT Support such as technical helpdesk support, computer support, and consulting to small and medium-sized businesses.
Font size: + –
Subscribe to this blog post
Print
Bookmark

I Lost Data Once… A Collection of Horror Stories; Part 2 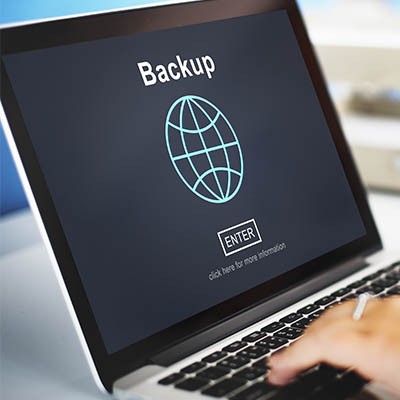 Here’s a horror story about an entrepreneur who, at a glance, was following many data backup best practices. Unfortunately, at the end of the day, things didn’t go so well when a crucial task was missed.

The Backup That Let Me Down

Story from a property manager

A little background about me; I was formerly a sales manager, and I did things the ‘old school’ way. I learned as much as I could about my prospects so when I’d follow up I’d have a lot to talk to them about. I’d know their birthdays, their anniversaries, their kids’ names, you name it. I also learned that having a detailed record of all of their interactions with my company helped me give them a very personalized touch.

I was always inspired by my dad, who basically built and ran a series of rental properties with his own two hands while working a full-time job. I scrimped and saved until I could buy the duplex I was living in, and the rest is history.

Today, my properties are my main source of income and my family and staff rely on them. That means collecting rent, paying taxes and payroll, managing utilities, and keeping up with my maintenance team requires a fair amount of logistics.

My dad gave me two critical life lessons that I’ll never forget. The first one is measure twice, cut once, and the second is you can’t do it all, so rely on the expertise of others. I’ve always taken these lessons to heart, but I did have some tricks that my dad never did.

I wanted my apartments to be nice, so many of them include things like Wi-Fi, smart locks, and some even have gates. Some of the commercial properties have even more going on. Either way, managing everything requires a pretty elaborate setup at my main office, and keeping track of tenant names, documentation, and employees is dependent on my IT.

I followed my dad’s lesson and relied on a trusted IT company to set everything up, and when they recommended I get a backup system, I didn’t bat an eye. They set it all up and showed my office manager how to use it, how to restore files if ever needed, and they checked back in a month later to check their work.

That was three years before the event…

The event happened at the worst possible time. We were juggling with some maintenance issues, we had some tenants cycling out, and it was all happening during tax season. Oh yeah, and my office manager was on her honeymoon.

The software that handles all of our internal communication, scheduling, and payroll got corrupted. After a morning of sweating over it myself, I finally called my poor office manager, who was literally on the edge of cell phone service AND roaming on a beach in the Bahamas. She helped walk us through accessing the backup to restore. I had also called and left a message at the IT company that originally set up the backup.

The restore ran, and a couple hours later it said it was finished. We opened up the software but the data was still corrupted. We tried another restore to pull data from a previous backup, and a few hours later we got the same result.

This data was so crucial that we would have had to spend months and hundreds of hours of labor before we would reach normality again. Not to mention the embarrassment of having to go to our tenants with our tails between our legs to collect bank account and contact info. Worst of all, we were made clearly aware of the issue back when our software updated - we just didn’t think it would have affected our backup. We didn’t even think about the backup.

Fortunately, after several days of phone calls and hair pulling, followed by a big fat bill, the data was able to be accessed and we were back in business. Honestly, I would have paid that bill four times over to get my data back (but don’t tell the IT company or the software vendor that, sheesh!).

It could have been prevented, and now we actively test our backups once per month. It only takes us a few hours, and that time is absolutely worth it. We essentially simulate a situation where the only data on our network is the backup, and see if we can run off of that.

Since we’ve been doing these monthly tests, we’ve actually found two other major instances where data wasn’t being backed up, so it’s already saved us from a future disaster.

Test your backups, or else you may as well not have backed up at all!

Thank you so much for sharing that story! Things can definitely change on your network over time, and systems that you’ve set up should be audited to make sure they are performing their job. For example, adding a new device or application on a secure network could lead to that network no longer being secure. The same goes for backup.

We perform tests of backups in a similar fashion, because if your backup doesn’t contain everything you need, it won’t do you much good when you need to restore from it.

Looking to prevent a future horror story from affecting your business? Give us a call at (630) 495-3830 and ask about our data backup solutions.


No comments made yet. Be the first to submit a comment

MasterCare – The “Master Solution” for Your Business.
04 January 2018
I can easily update all your great resources for developing business. Everything we have done with t...
You Should Care About Blockchain Technology
28 December 2017
I'm more than happy to find this great site. I wanted to thank you for ones time for this wonderful...
A DDoS Attack Hits Your Productivity and Profits
09 December 2017
I have been browsing online more than 3 hours these days, yet I by no means discovered any interesti...
You Need to Get a Handle on Who’s Using Your Account Credentials
14 November 2017
I am really so much lucky to have newsletter content to handle your account credentials. Everything ...
What It Means To Disinfect Your Computer
09 September 2017
Here at this blog post "Disinfect Your Computer" you will find some unique tips, information about ...

Please wait, we are processing the form !!